Live, learn, and explore Israel for a year before college.

Nativ, which means “path” in Hebrew, provides a unique opportunity to explore new directions on the journey to becoming a Jewish adult.

From September to May, Nativ participants are immersed in the rich and diverse society of Israel, exploring the land and enjoying a vibrant Conservative Jewish lifestyle.

What Our Alumni Are Saying

“I am so grateful for the ways in which the Nativ College Leadership Program in Israel helped us cultivate friendships through meaningful Jewish experiences and encouraged us to continuously explore our relationship with Judaism.”

“Why Nativ? Nativ gave me friends for a life time, gave me direction on what kind of person I want to be and what I want to do, and two years after nativ that is proven because today I sat with a friend from nativ eating ice cream on an army base while we both serve in the IDF.”

“I can easily say, the day I decided to go on Nativ, was the day I made the best decision in my life. Nativ gave me the passion to stand up, the courage to take action, and the tools to know how to do so. Thanks to Nativ, I found my passion in life. The year I spent on Nativ was the best year of my life. That’s why Nativ. Because it is a truly life-altering, passion-finding, moment-making year.”

“Nativ allowed me to see Israel from a local’s perspective and truly engage with Israel in ways that no other gap year opportunity provides… Nativ was my opportunity to gain independence both socially and Jewishly that better prepared me to enter college the following year.”

Sponsored by JAFI and Masa, The Project for Long Term Programs of the Government of Israel and the Jewish Agency of Israel. Learn more about Masa » 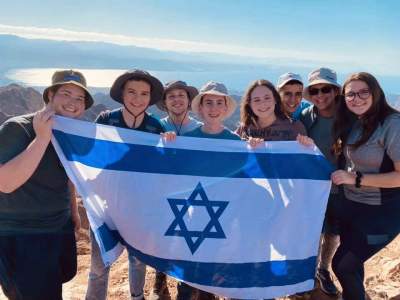