The “Takeaway” of Volunteering in Mumbai with Nativ 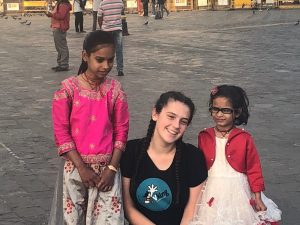 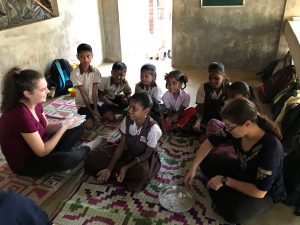 A question you will likely be asked after a volunteer trip to a foreign country is what your “takeaway” is. For me, it would be easy to say that I gained “perspective”, that I no longer take the water that flows from my tap for granted, and that I will be forever grateful for all that I have. I might say that  I feel carefree, as I now know that the concerns I have are relatively insignificant. But the truth is, I already knew I was lucky before I went on the trip. I didn’t have to go to India to learn that I have more than so many people, and that my academic and social concerns are small stuff in comparison to the lack of food, lack of access to medical care, and other existential hardships faced by people in less developed parts of the world. I knew that and yet I continued to spend the majority of my time thinking about my own problems, and that has not changed. In fact, I would say a big thing I learned, the “takeaway” for me, is in a way the opposite of the “perspective” I have just described.

When arriving in India the things people don’t have are obvious: no running water, electricity, or proper nutrition. It’s easy to notice how different the people there are from us and to have the urge to criticize and to want to fix the problems to make them more like us. However, I have come to the conclusion that realizing the ways the people we met are similar to me rather than different is more productive and nuanced.

I tried to do this by paying attention to the things the local people have rather than the things they don’t. When we first went into the slums I wasn’t shocked at the mounds of trash we walked through, I had envisioned them. I was shocked though when they dissipated and opened  into a makeshift marketplace, lined with rows of spotless, tin roofed homes in the midst of being swept. As we walked further towards a paved road we were passed by a stream of men with ironed shirts and slicked back hair. I was confused, because this wasn’t what I had pictured. The thought that a slum would have a separate place for trash, away from their houses, hadn’t occurred to me, even though it’s something I would have done for myself. I had initially thought the gaping differences between our ways of life ran deeper than they actually did. The local people’s motivations are at their core in many ways the same as those of someone from a more “privileged” background, like me. They want their kids to be happy and to have a future. They care about their community and their dignity. That’s why a little girl in one of my classes came to school in the same pink frilly dress everyday. It’s why a family in the village spent the entirety of a week laying down a new mud floor for their hut (along with other renovations) in preparation for their son’s wedding. This understanding caused my previous feelings of pity to fade as I began to see the people we interacted with as not so different from myself.

Of course their desires are projected very differently, which is something I learned through teaching, especially in the village. The children there didn’t have the creativity I was used to. When asked to create a drawing of a “germ” I hoped they would use their imagination, instead the majority of the students diligently copied the example we had drawn on the chalkboard. At the end of lesson we asked them to name their drawing and they unsurprisingly almost always picked their own name. This lack of creativity could make one think that these children don’t have dreams and that they are different in some fundamental way from the child I was, emboldened to be an astronaut. However, I truly believe that they developed their mode of expression because their parents instilled many of the same lessons in them that mine did in me. The focus the kids had on perfectly copying our “germ” example showed me that they were still taught to try their best. The parents we met who chose to send their six year old children to boarding schools for a better education prove to me that they still do have hopes for their children even if those hopes seem too modest to us.
These observations, along with what I’ve learned from the Gabriel Project, have answered some but not all of my questions. However, I think that if I thought I had all the answers it would really prove that I had almost none. It’s tempting to feel I know the right way to help those in need, but I’ve learned that immediately jumping into a volunteer opportunity expecting to make a difference could mean you won’t make one. Something we discussed a lot while on the trip was the importance of learning how to help before being able to effectively help. This idea rang very true to me as I realized the misconceptions I had had prior to the trip. I’ve seen that you have to try to understand the perspective of the people whose lives you want to make a difference in, rather than to change my own. That takes time and a willingness to make mistakes, evaluate and try again. So, leaving India I would say my “takeaway” is that becoming a valuable source of help to others requires taking the time to learn who those “others” really are, how to best help them on that basis, and hopefully doing some good things along the way. 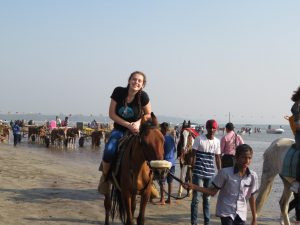 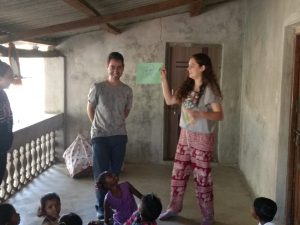 Are you a Boger Nativ or the parent of a Nativer? We invite you to submit a post for the Nativ blog about your experiences.

Sponsored by JAFI and Masa, The Project for Long Term Programs of the Government of Israel and the Jewish Agency of Israel. Learn more about Masa »