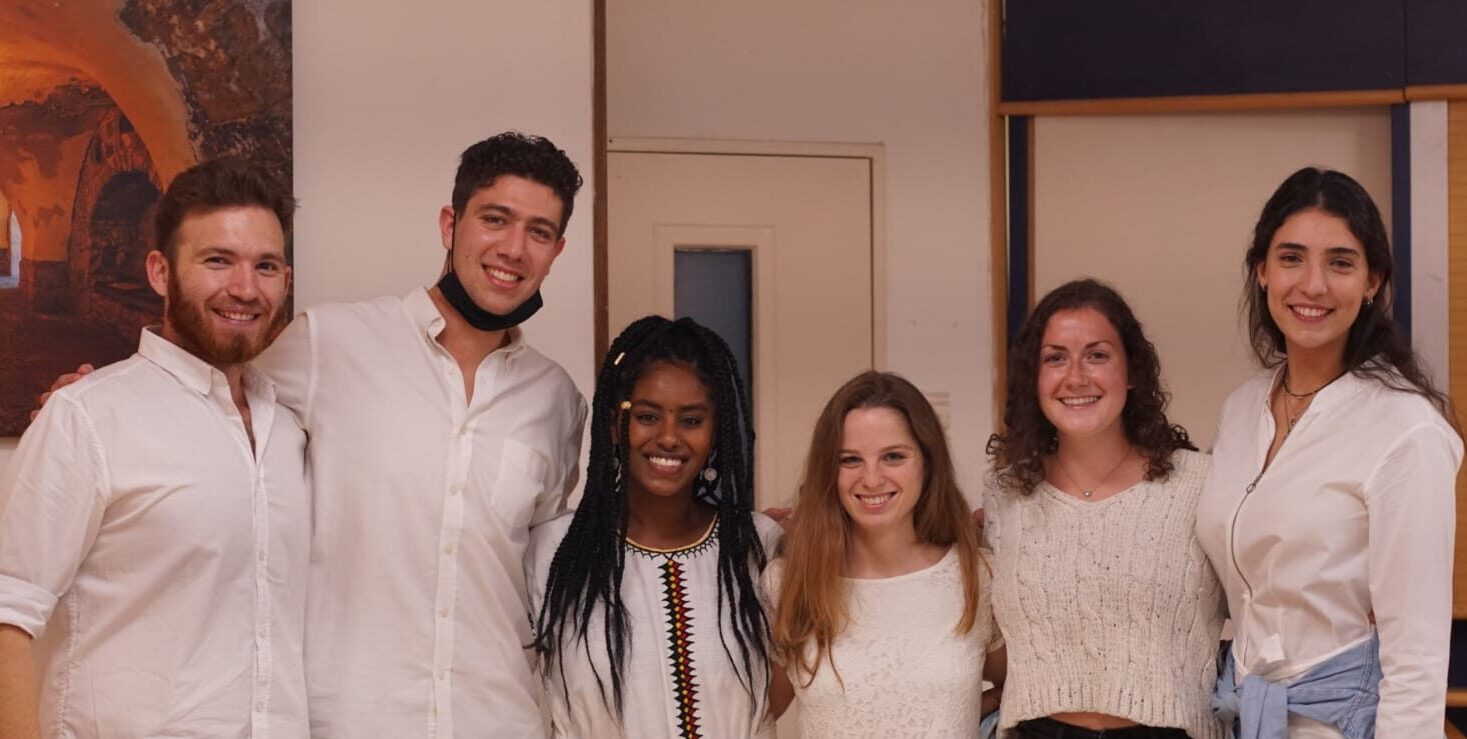 Nahum has over 18 years’ experience working with adult, college and high school Israel programs. He began as a madrich for Nativ 19 (1999-2000), was the Assistant Director of Nativ from 2004-2007 and the Director of Youth Operations of the Fuchsberg Center (2010-2016). Nahum also served as the USY Central Shaliach in New York for three years and more recently was the Business Development Director for Israel Maven Tours. Nahum has a B.A. in International Relations and an M.A. in Conflict Resolution both from the Hebrew University in Jerusalem. He lives in Tzur Hadassah together with his wife Elishe and their three children, Amiad, Maayan and Yaniv.

Ezra originates from Los Angeles and was a participant on Nativ 31. He made Aliyah in 2012 and served in the IDF Armoured Corps. Ezra holds a Bachelor’s in Social Work from the Hebrew University with a thesis in technology’s impact on social interaction. He loves hiking, chummus, and his wife and baby daughter in no particular order.

Deb (Lobel) Shafran was both a Nativ 16 participant (1996-1997) and a Nativ 21 madricha (2001-2002). Deb grew up in upstate New York (Tzafon USY) and after Nativ, completed a B.A. and M.A. in Elementary and Special Education at Boston University. During her years of study, Deb took every opportunity during summer vacations to work for different USY programs (Wheels, Pilgrimage, Parent’s Pilgrimage). After working as a teacher for several years in New York City, Deb lived in Israel for over eight years. She spent four years working for Nativ in the NYC area and is now back in Israel with her husband and three children, Rami, Matan, and Dina.